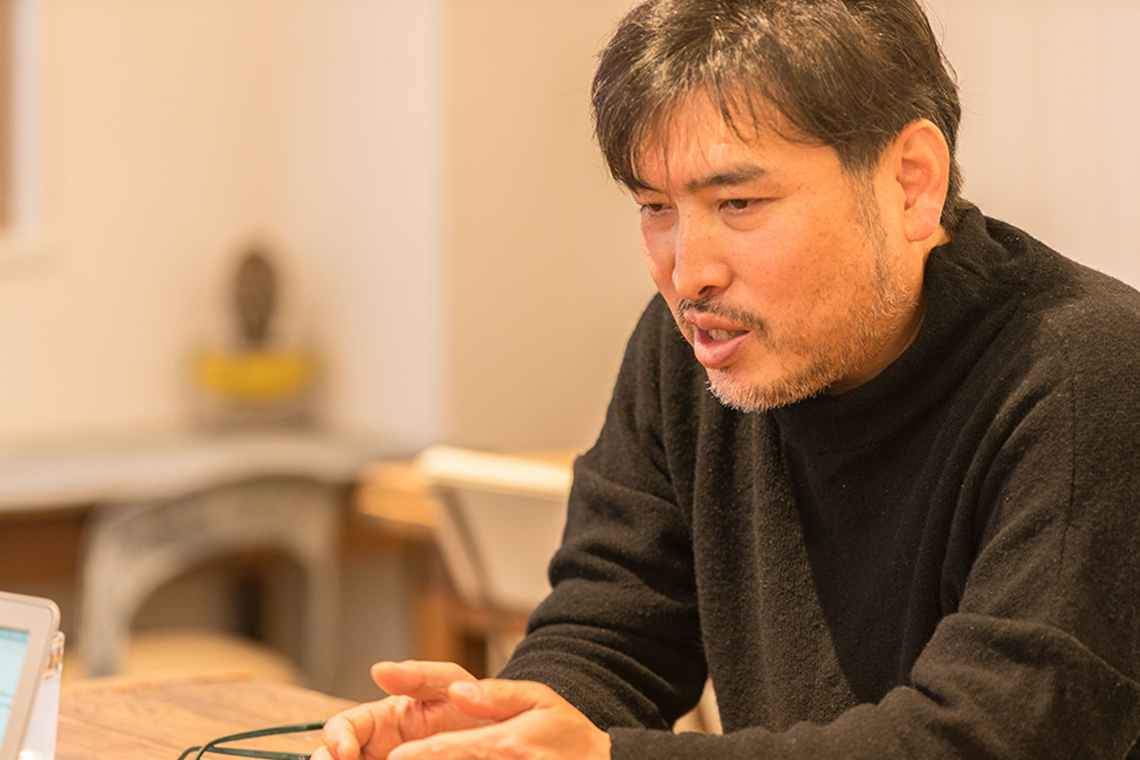 An encounter with a mono (“an object with related concepts”) is an encounter with the person who created it. As long as that object remains in existence, you can fly through time to visit that person. Uchida’s ceramic pieces, which embody a sense of calm and robustness, give a feeling that he creates while conversing with those who lived in the remote past.

Our fourth interview is with Kōichi Uchida, a ceramicist who honed his skills at various kilns around the world. We visited his studio and the BANKO archive design museum which he runs. Both are in Yokkaichi of Mie Prefecture, the home of Banko ware, Japan’s traditional craft.

Uchida’s first encounter with ceramic making was at the Seto Pottery Senior High School in Seto City of Aichi Prefecture. He had absolutely no idea at the time that he would eventually become a ceramicist. After finishing high school, he decided to take flight to travel to foreign countries, something he had wanted to do since he was a child. He worked as a crafter at many pottery-making regions in countries around the world, including Southeast Asia, Europe, Africa, and South America, and accumulated a wide range of experiences that were later to became the foundation for his career as a ceramicist. What are the origins of Uchida’s monozukuri (product making process) that he cultivated while travelling in foreign lands? 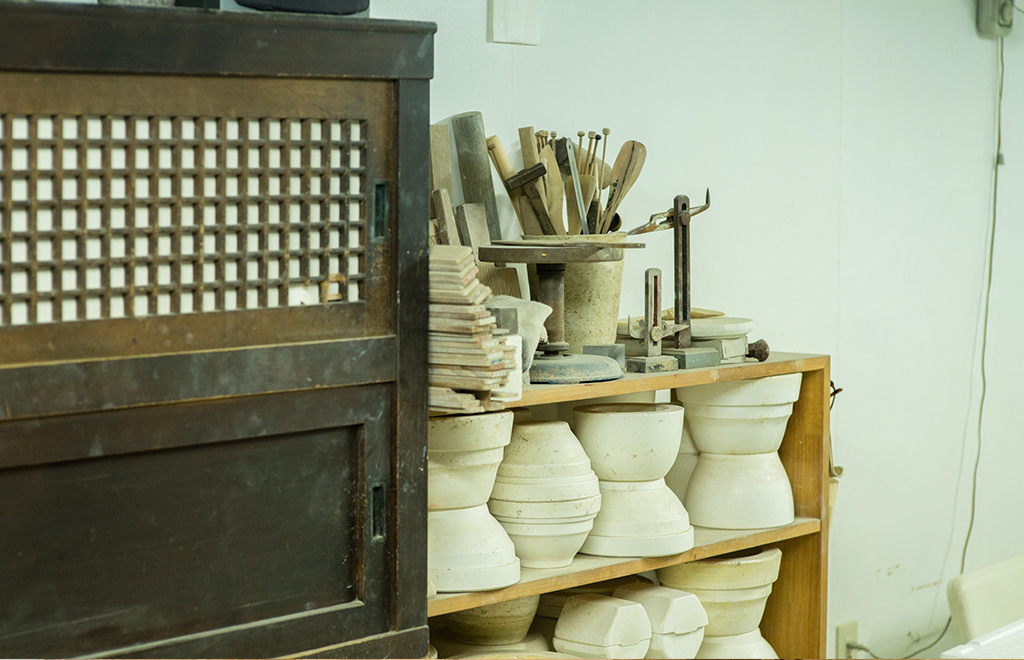 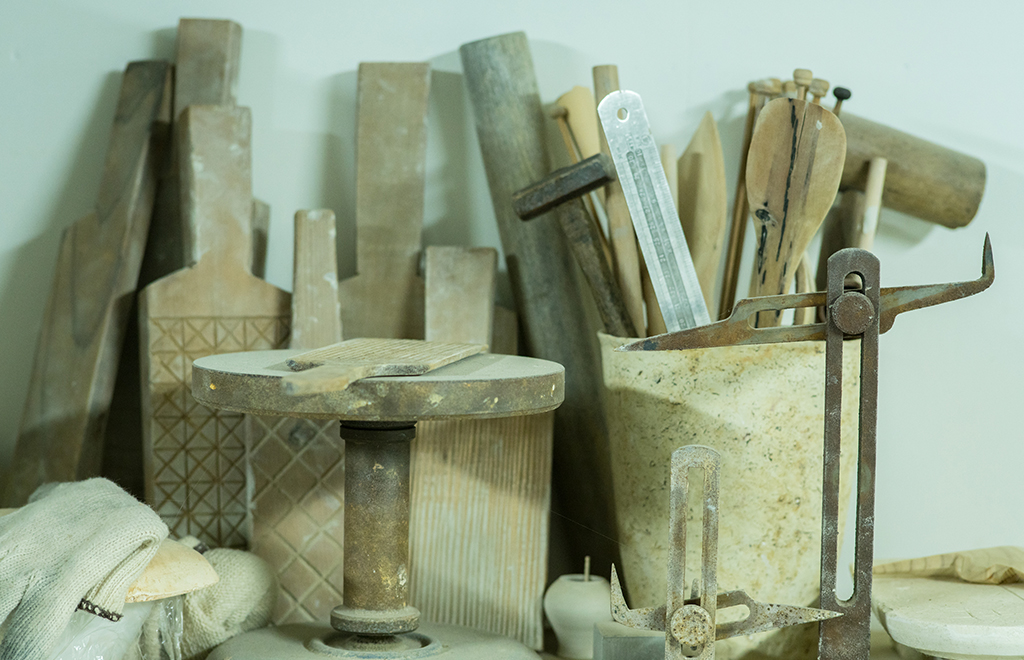 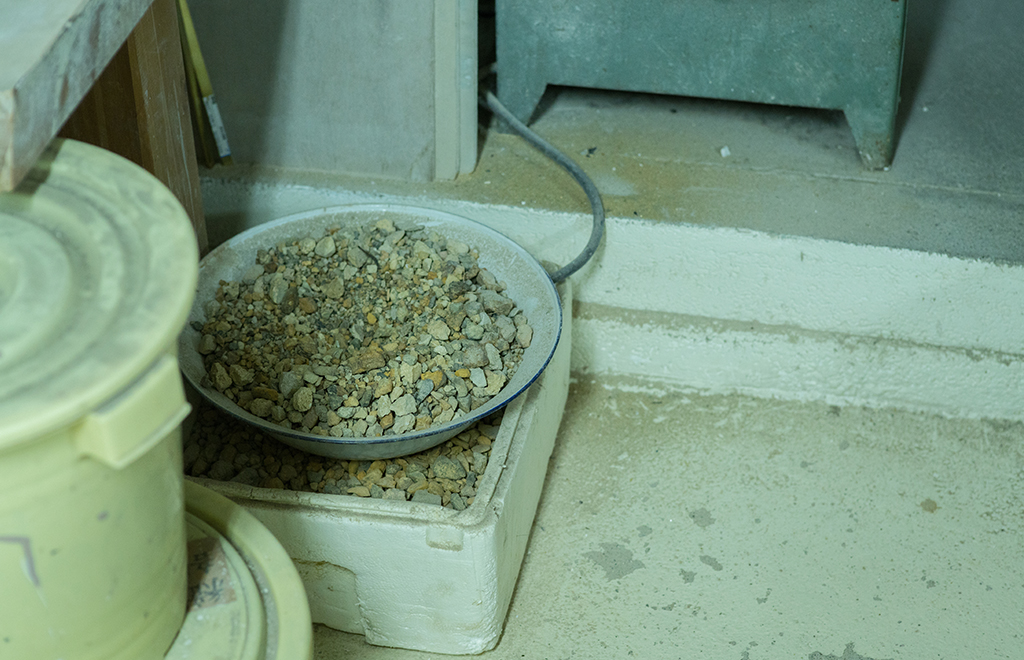 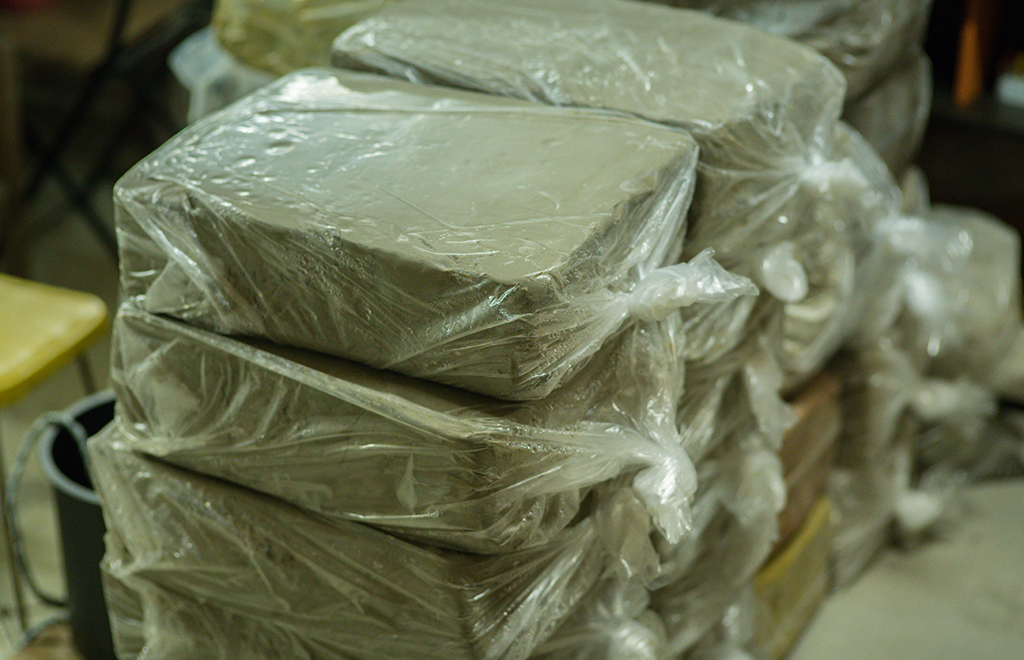 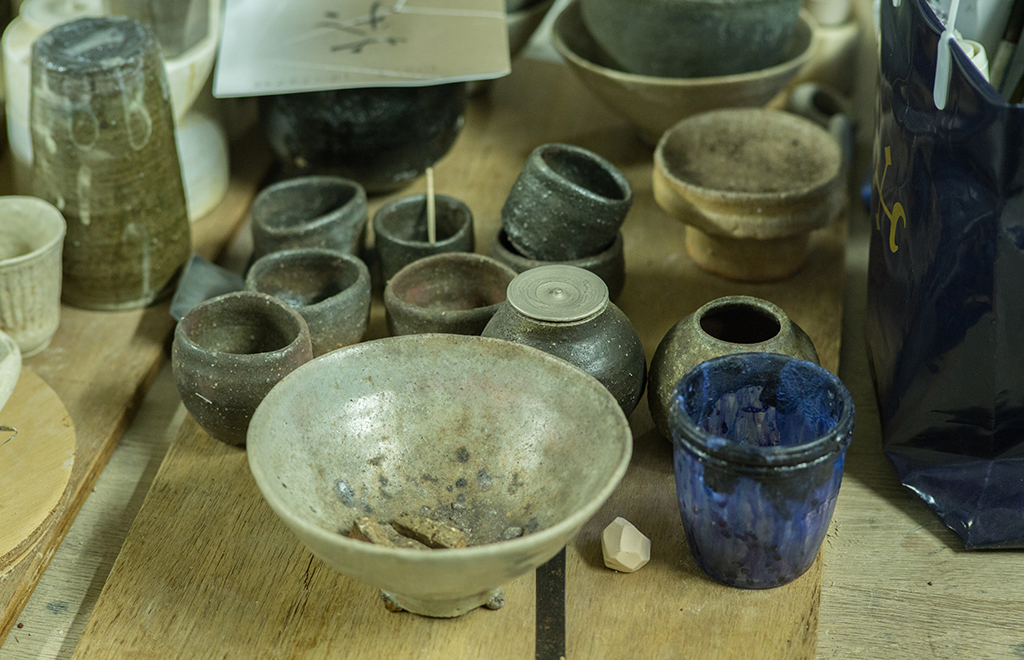 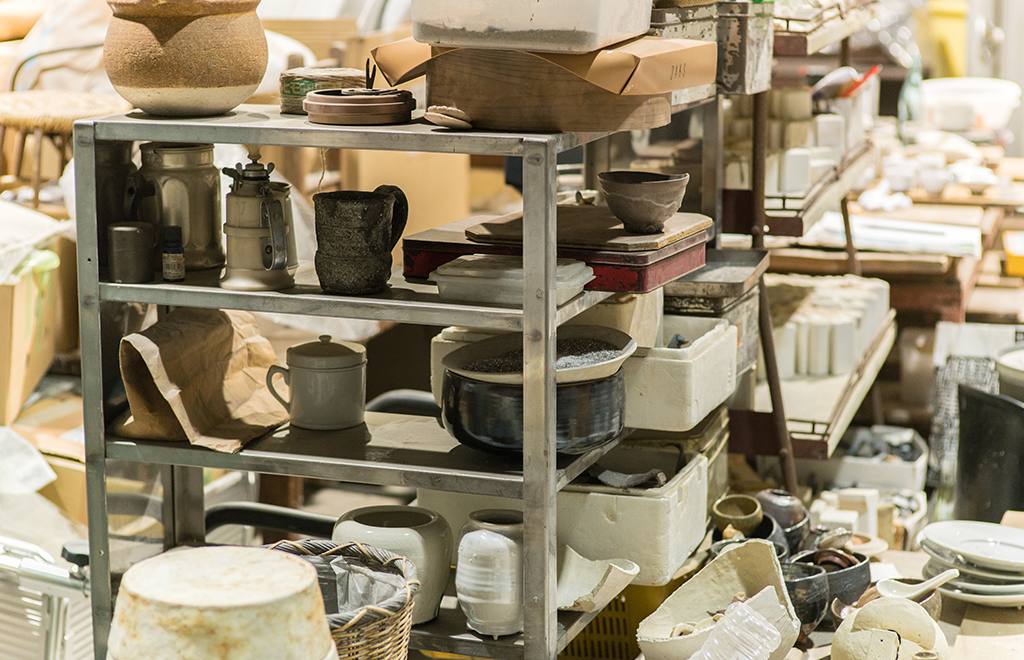 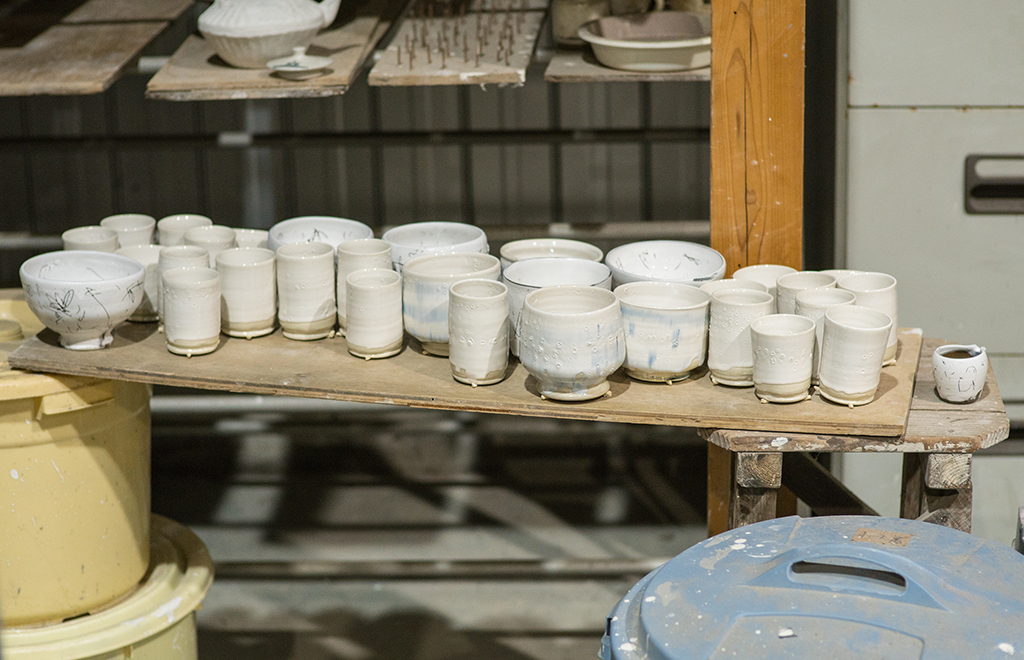 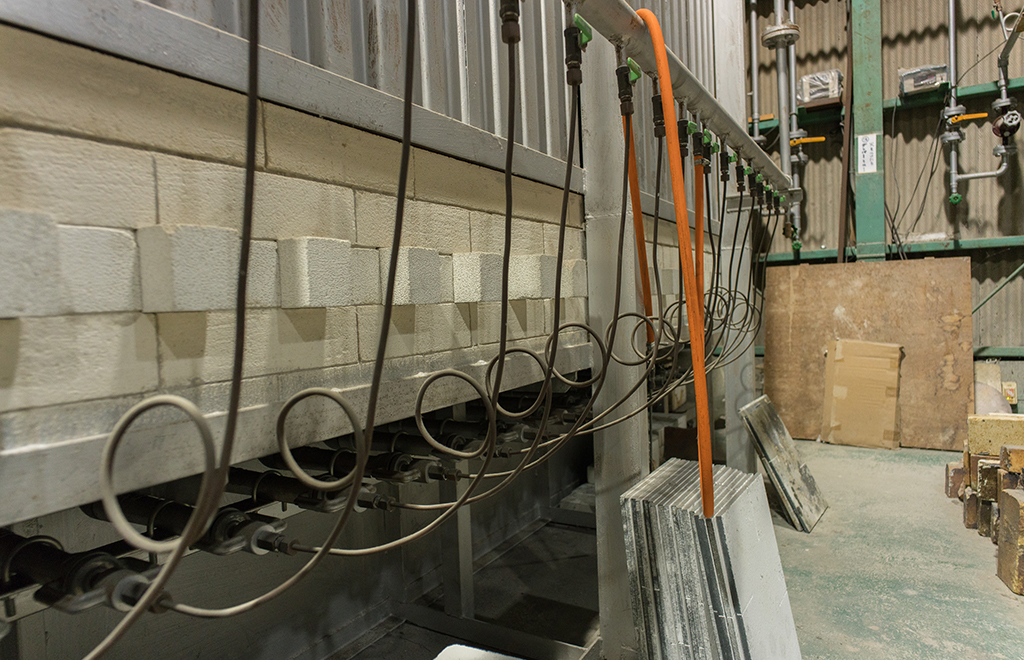 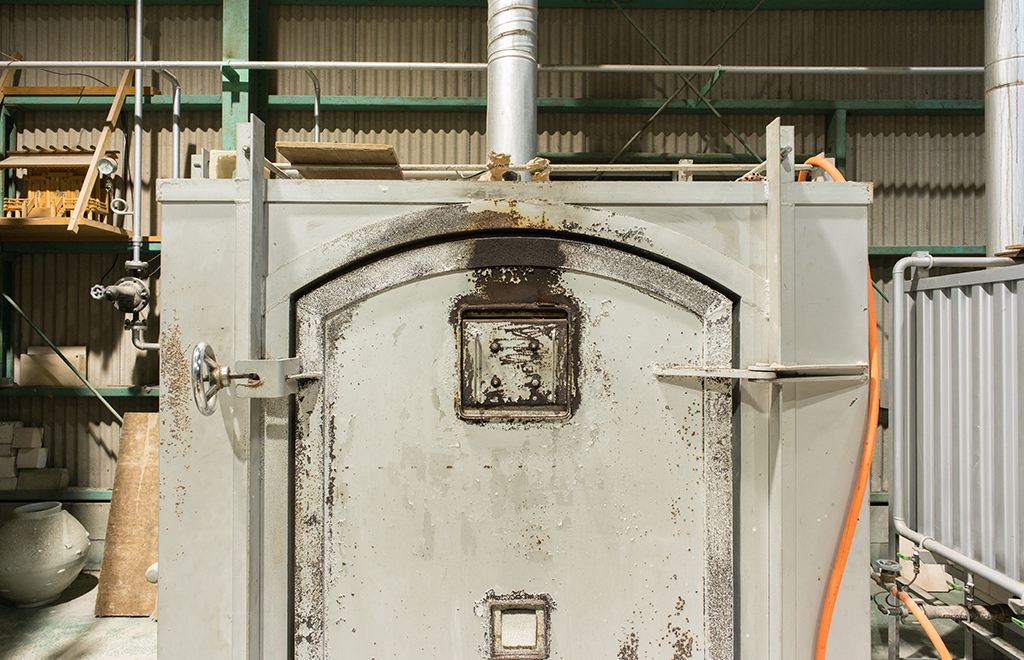 ー Please share about your experiences while training abroad and any interesting episodes that are memorable to you.

Uchida：
My techniques and modes of expression are a mix that’s come out of ceramic ndustry rather than ceramic art, like a technique for making sun-dried bricks, or for making jars for storing kimchi in. And ways to fire a kiln, too. I experienced lots of thought-provoking experiences in many countries, and I think they serve as building blocks of who I am today. Like when I was in Africa, I saw three old ladies making clay vessels. To me, the objects made by one of the ladies were really artistic, and I loved them. The jars they made were all the same size, but I could tell which ones were made by that particular lady. That’s when I got a strong sense of the difference between pre-designed, industrially manufactured products and the kind of work I wanted to do. I realized I wanted to make what this old lady was making, or at least something with a similar feel.

ー You seem to find inspiration for your work in old objects. What is it that you find appealing about old things?

Uchida：
I like contemporary things, too, but old things have survived through time – you know what I mean? For those of us who are making things right now, we cannot compete against time, no matter what we do. I feel drawn to the feel of wear through use, and the sense of toughness in these items that have endured the test of time. I feel that they have survived through time for some reasons. Of course, some were consciously selected, and some still exist out of sheer luck. You could call an object you made yesterday “old,” and I also wonder, “Will the things I’m creating now still be around 50 years from now?” It’s about the essence of these objects that is likened to destiny.

ー As an individual artist, what kind of monozukuri do you strive for?

Uchida：
Since I sell my products using my name, Kōichi Uchida, there is no anonymity, so I do feel a sense of self-accountability. Not in terms of other people, but rather, I feel I’ve learned to work while adhering to clear answers and attitudes within myself. I hear people say, “You do so many different things,” but with ceramics, my repertoire is actually very small. I only make a limited number of kinds of items like rice bowls and pots. It’s just that because I change things around, like switching the firing process between oxidation and reduction, and using different types of clay, the end products come out from the kiln differently. So it simply appears as if I do a wide range of things. It’s like if you see my pieces only at a certain point in time, they look unrelated to each other, but if you see them over a course of time, you would understand. This is the best I can do to explain it. 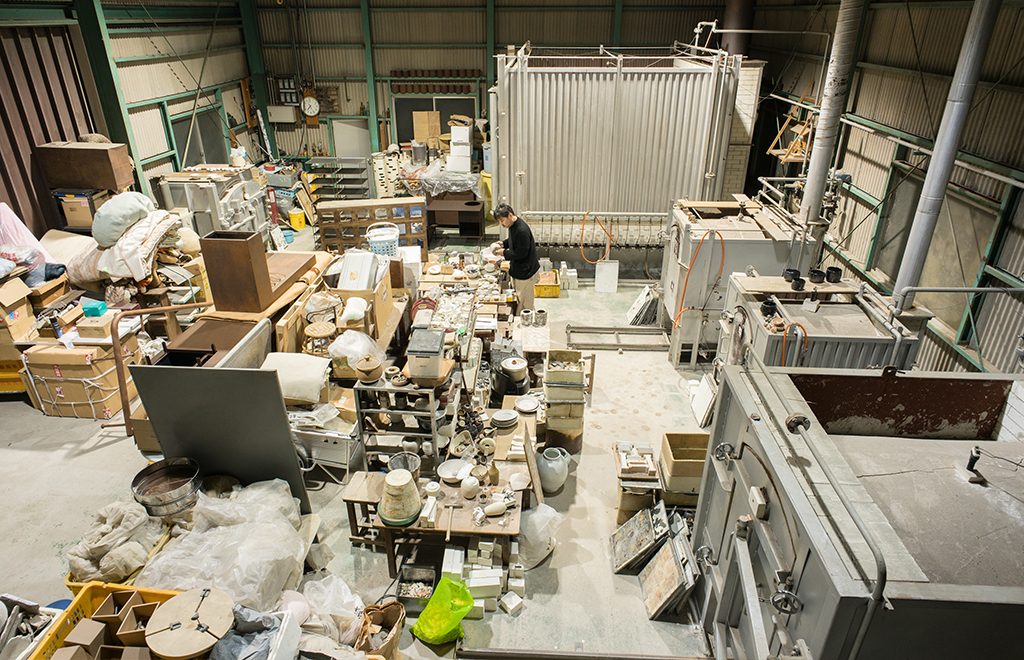 02 A Museum that “Archive design” of Banko Ware

Uchida, who is also known as a ceramics connoisseur and collector, launched in 2015 a privately-run museum that specializes in Banko ware. Banko ware is Yokkaichi’s indigenous industry. Yokkaichi did not have an ideal environment for pottery making, as it is situated within a massive pottery-making region surrounded by Mino, Seto, Tokoname, Shigaraki, and Kyōto, and it has little amount of clay suitable for making pottery. But according to Uchida, Banko ware underwent transformations as such negative conditions were turned into advantages, and became the kind of pottery that embody originality and kitschy charm. This “archive design” museum holds collections of well-designed Banko ware that developed as an indigenous industry in the Meiji through Shōwa era. So what is it like? 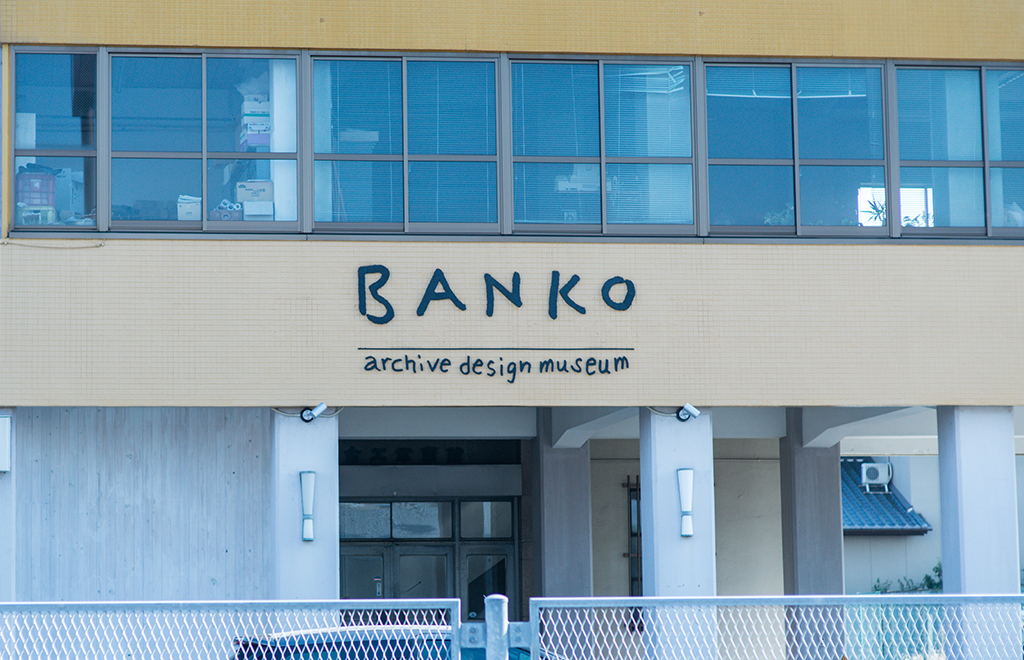 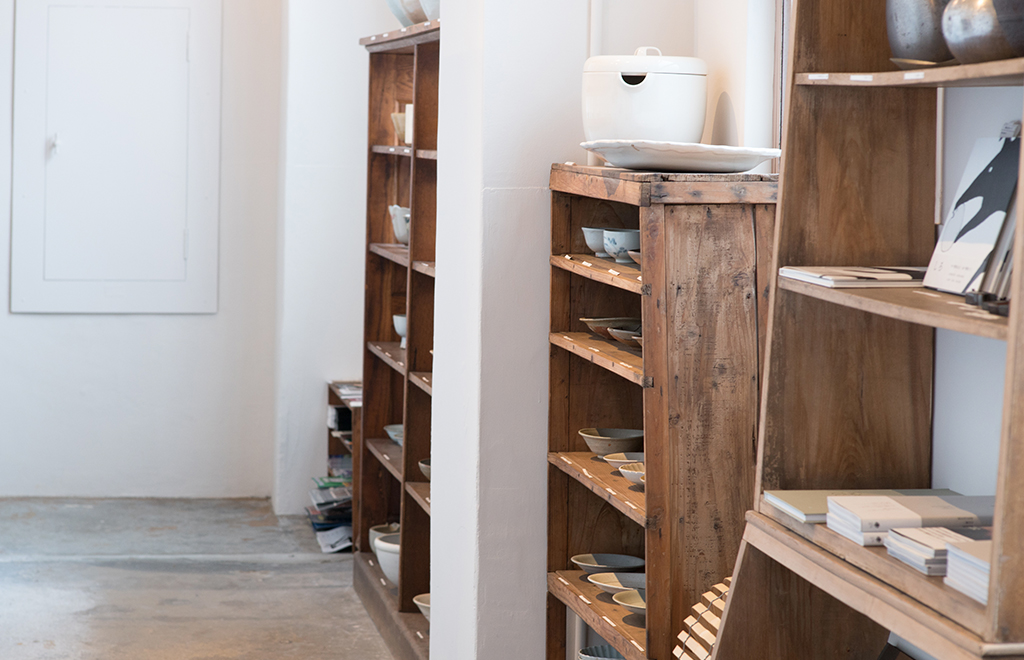 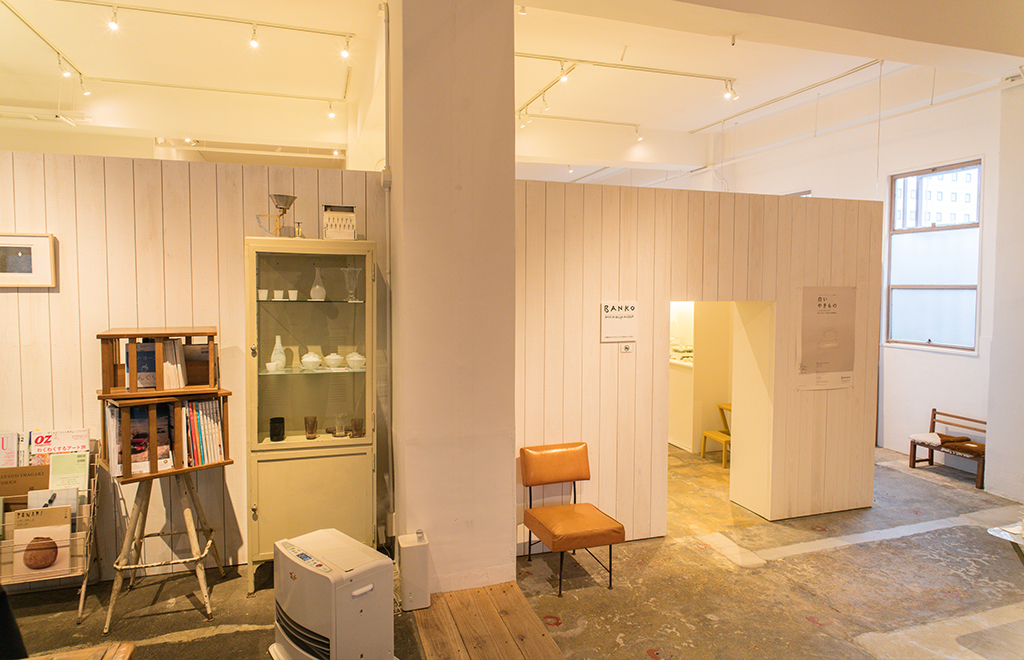 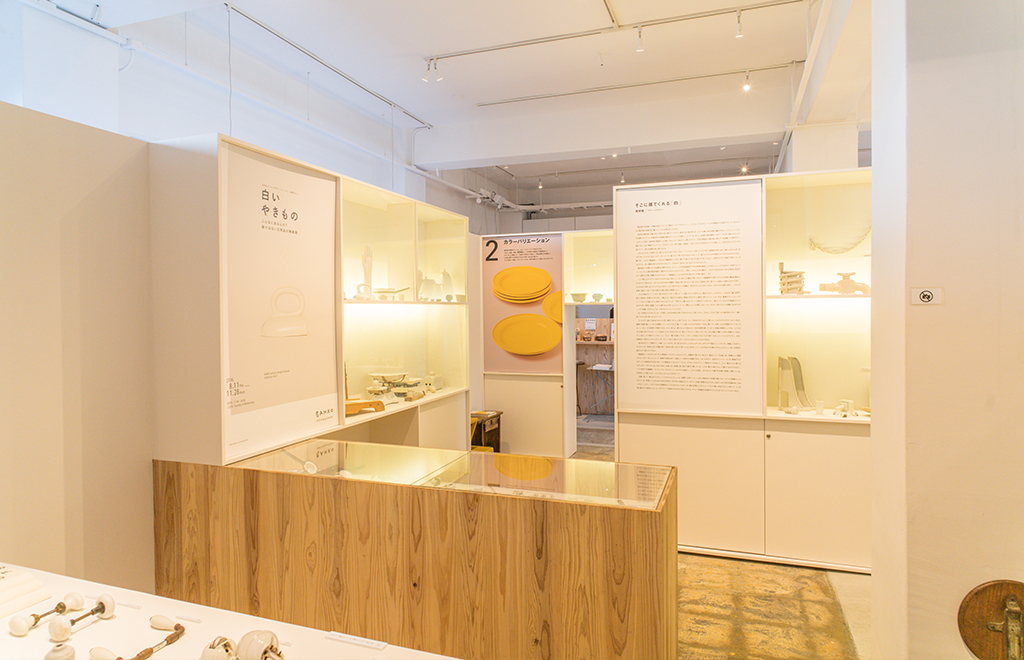 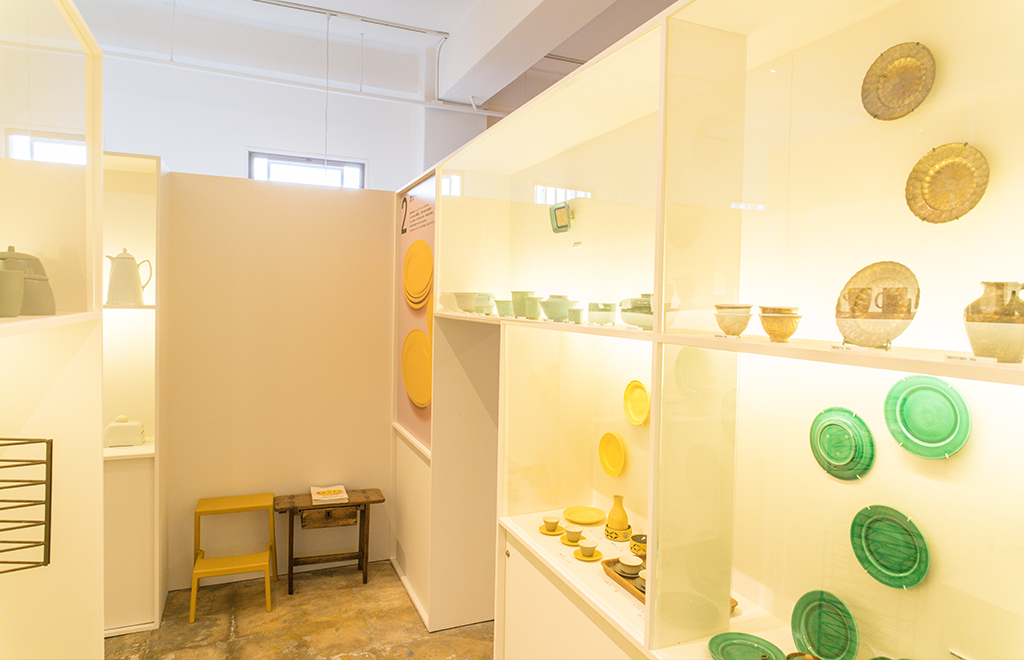 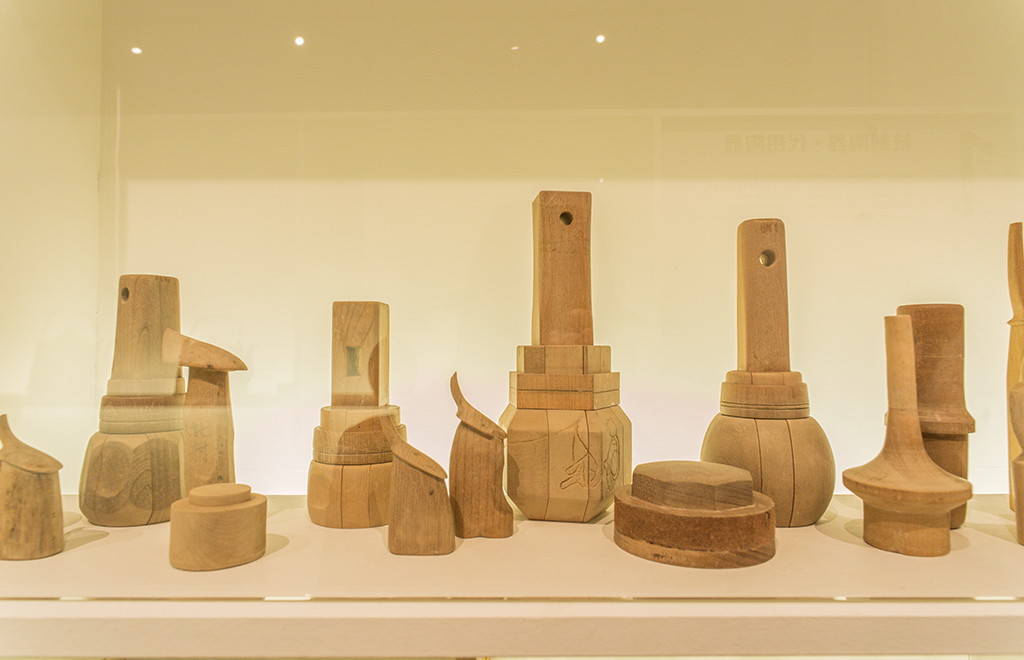 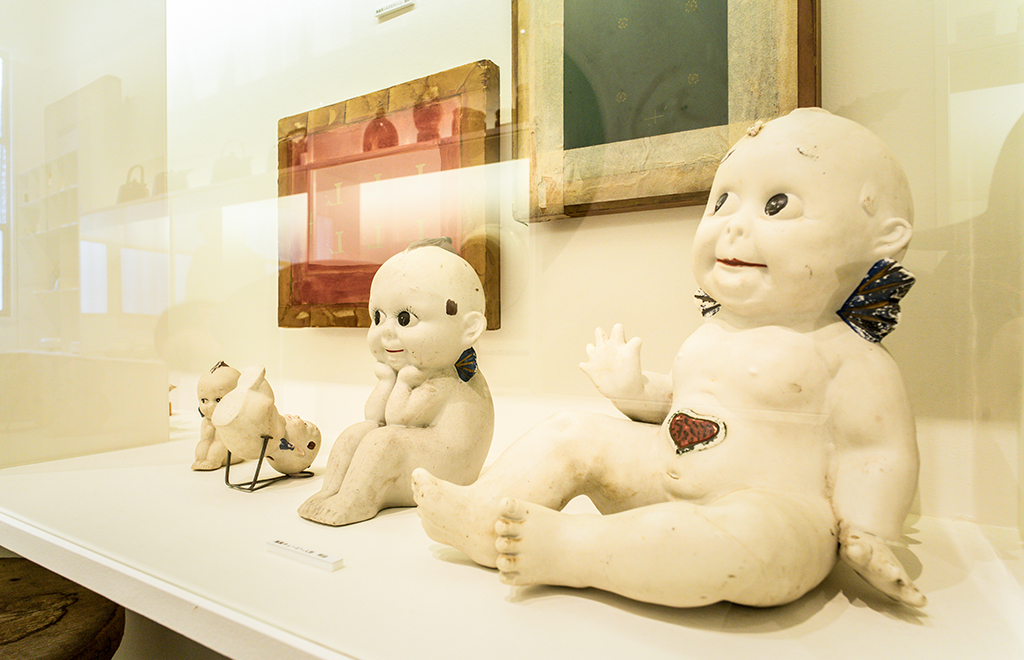 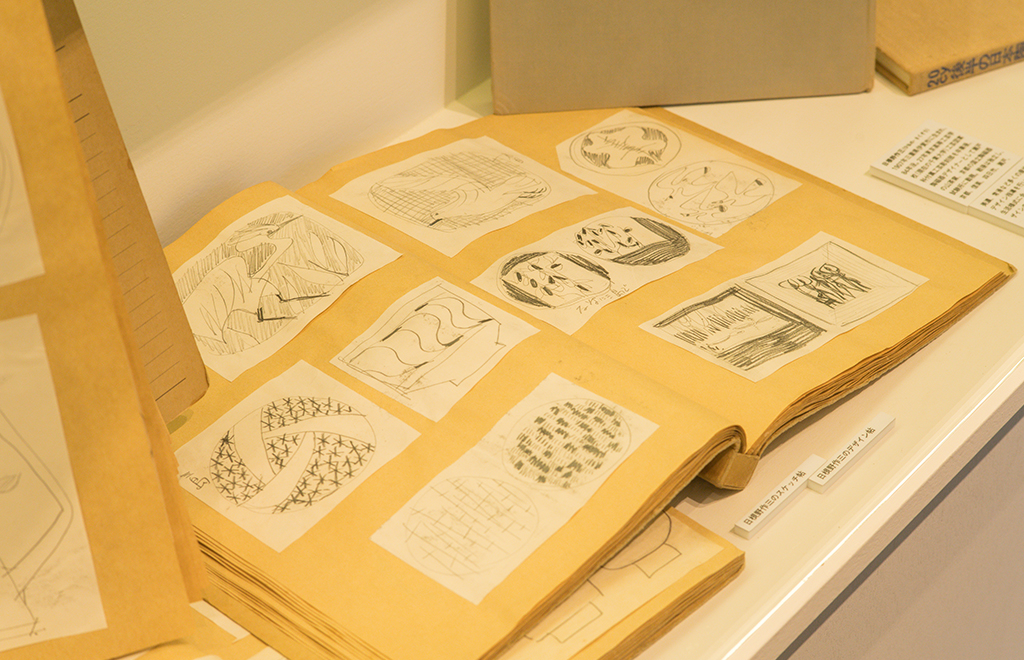 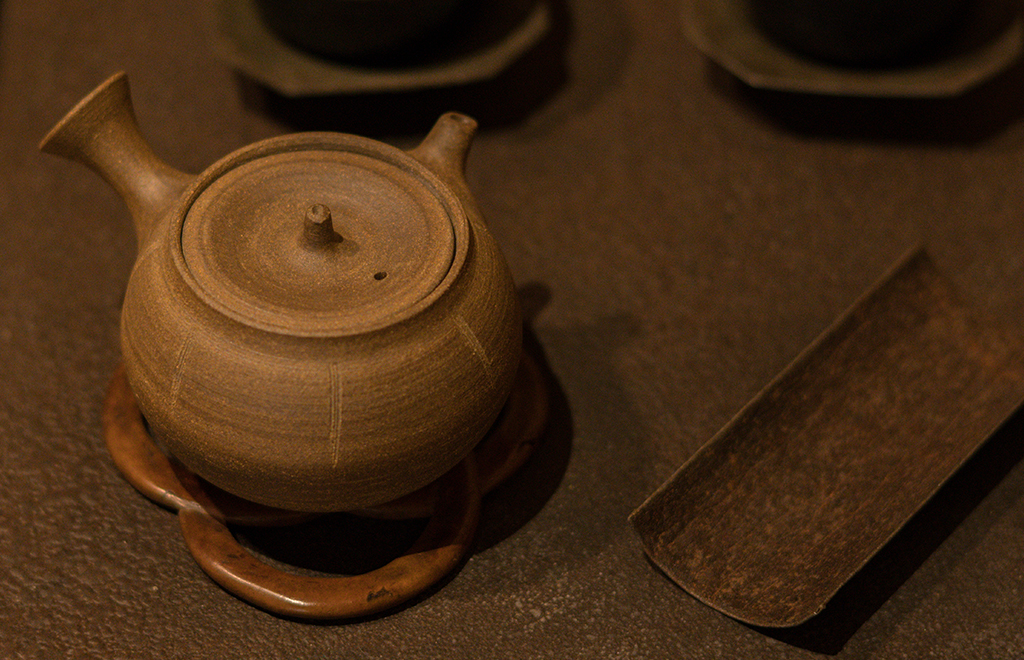 ー  Why did you, a ceramicist, decide to create a privately-run Banko ware museum?

Uchida：
The original catalyst was that I was asked by the local government to be an advisor for a branding project for Banko ware. By that point, I had been living in Yokkaichi longer than anywhere else. Since it is very easy to acquire the necessary materials and tools here, I felt I had been benefiting a great deal from this place. Also, I like old things, so I go to flea markets and antique shows, and the things I find interesting and buy often tend to be Banko ware. After 20 years of collecting products as reference materials, I had quite an extensive collection. In conversations with people of the local government and in the industry, we started discussing how it’s a problem that we have no museums in the land of Banko ware that has a 300-year history. Even though I’d tell them, “If you’re going to build one, I’ll cooperate,” I saw very little progress. But I believed you could do it without spending too much money on it, and I knew that other countries had resource centers and museums that are small but solid. So I thought I could make something like that even if it’s privately run.

ー The museum name contains the term “archive design.” What sort of meaning did you have for it?

Uchida：
I believe that by breaking down and understanding old things and historical materials, you can convert them to things that have relevance today. It’s sort of like looking at them not as current items, but instead as archives, and based not on their visual elements like the forms, but on the design background from which they were created. When we say “design,” we tend to understand it as new directionality, but I believe we can also discover design from the standpoint of archives. In planning for exhibitions, we narrow down our theme to three points, which are “color, person, and material.” We plan to hold a special exhibition twice a year, in the spring and fall, each with a focus on a particular format. The theme of our second exhibition, which will start coming April, will be “enamel.”

ー Please talk about the appeal of Banko ware.

Uchida：
The region of Banko is close in proximity to both the sea and mountains. As the Tokai-do Road runs through here, and we have a trading port, it is a convenient location for trade. When a location is convenient, its mountains often get leveled, which takes away the soil that can be dug up. Unable to acquire the ingredients to make pottery, potters—out of desperation—switched directions toward industrial pottery. Today, more than 80% of all earthen pots in Japan are Banko ware. And other measures were taken as well. For example, when white clay was depleted, they used the local red clay rich in iron to make tea pots. By firing at low temperature to make the colors come out brighter, they also made novelty products for those who prefer primary colors and exported them. In this way, Banko ware has continued to be made by transforming negative elements into positive strengths. I think these things can prove useful for crafters not only of ceramics but other products as well.

Uchida’s creativity is nurtured by inspirations that come from the industry based on the local community. The methodology called “archive design” derived from his own sense of aesthetics led to the creation of a museum in this land of Banko ware. What kind of added-value can be generated in a monozukuri industry that is considered to have already reached its full maturation? To experience the philosophies to which Uchida has held firmly as an independent artist, and the BANKO archive design museum that encompasses the history of Banko ware, we encourage you to visit Yokkaichi. In closing, we asked Uchida about the future of the monozukuri industry. 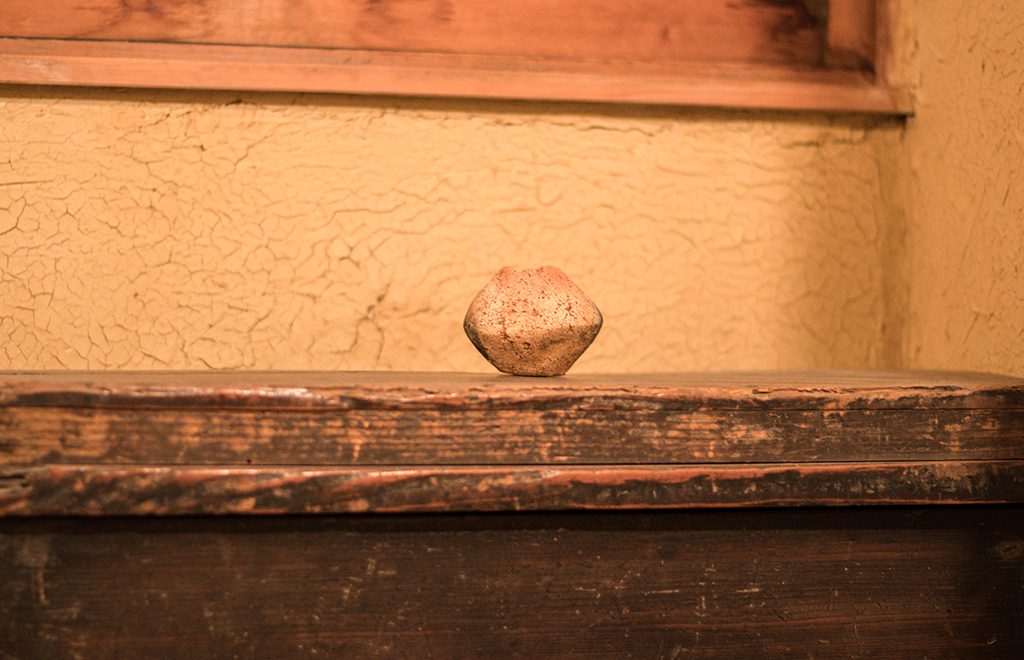 ー What are your thoughts on the possibilities for the future of the monozukuri industry?

Uchida：
When there is capital and new products are developed with a designer, those products may get sold and disappear, but in the case of ceramics, things like their original molds will not disappear at all. So, for example, since there are likely many original molds, or molds that were once made but were damaged, I think it’d be a good idea to hold a competition in which we ask, “What can you make anew using these existing molds?” So often, new forms emerge by looking at things from a different perspective, and they could possibly serve as new components. I feel that it’ll become more important in the future to not simply create new products by riding on what’s popular, but to archive what already exist and re-acknowledge them.

ー What do you hold for your own future?

Uchida：
I believe that we should definitely do what is fun or what we feel we want to do, as soon as possible. So in my main line of work, when I think of an idea, I do it right away. For example, if I want to make a large pot, I’d need a large kiln, right? I may get told, “You can’t do that because you don’t have a kiln that big,” but I would actually go and make it happen, and this very often leads to the next great thing. I have met so many people by opening a museum, too. They are in many cases encounters that are different from those I would experience through my main work, so I feel grateful that I was able to have them at an early stage in my life. 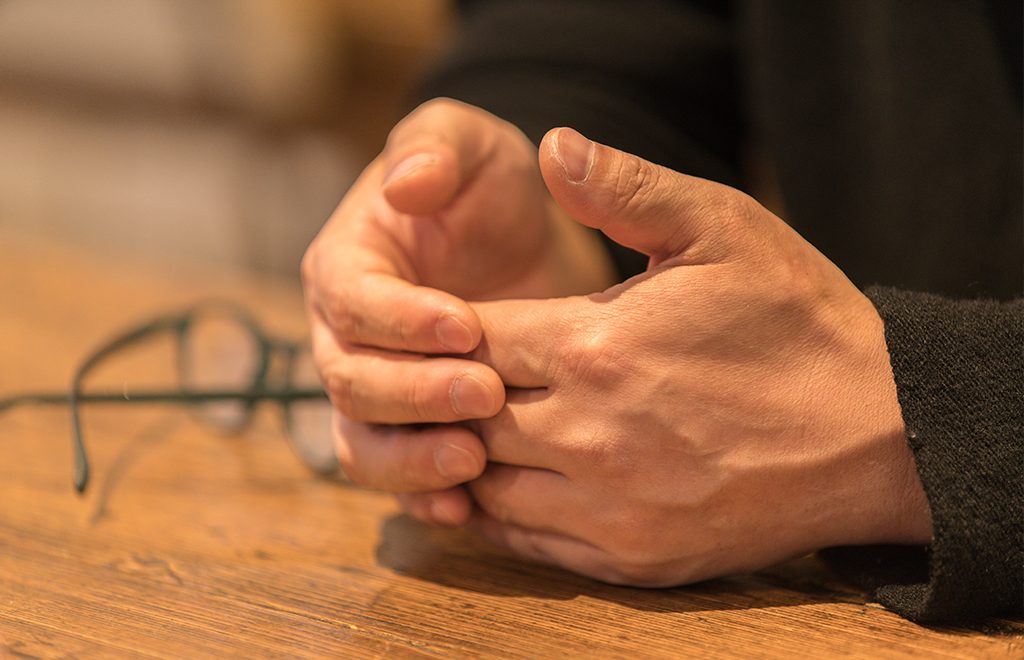 Ceramic artist. Born in 1969 in Aichi Prefecture. After graduating from the advanced course at the Aichi Prefectural Seto Pottery Senior High School, he traveled abroad and gained experience by working as a live-in trainee at kilns in various regions around the world, including Southeast Asia, Europe, Africa, and South America. In 1992, he set up a kiln in Yokkaichi, Mie Prefecture, and launched his business as an independent ceramicist, and vigorously exhibited his work both in Japan and abroad. In November 2015, he established, in Yokkaichi, the BANKO archive design museum, which holds Banko ware pieces from the Meiji through Shōwa era.